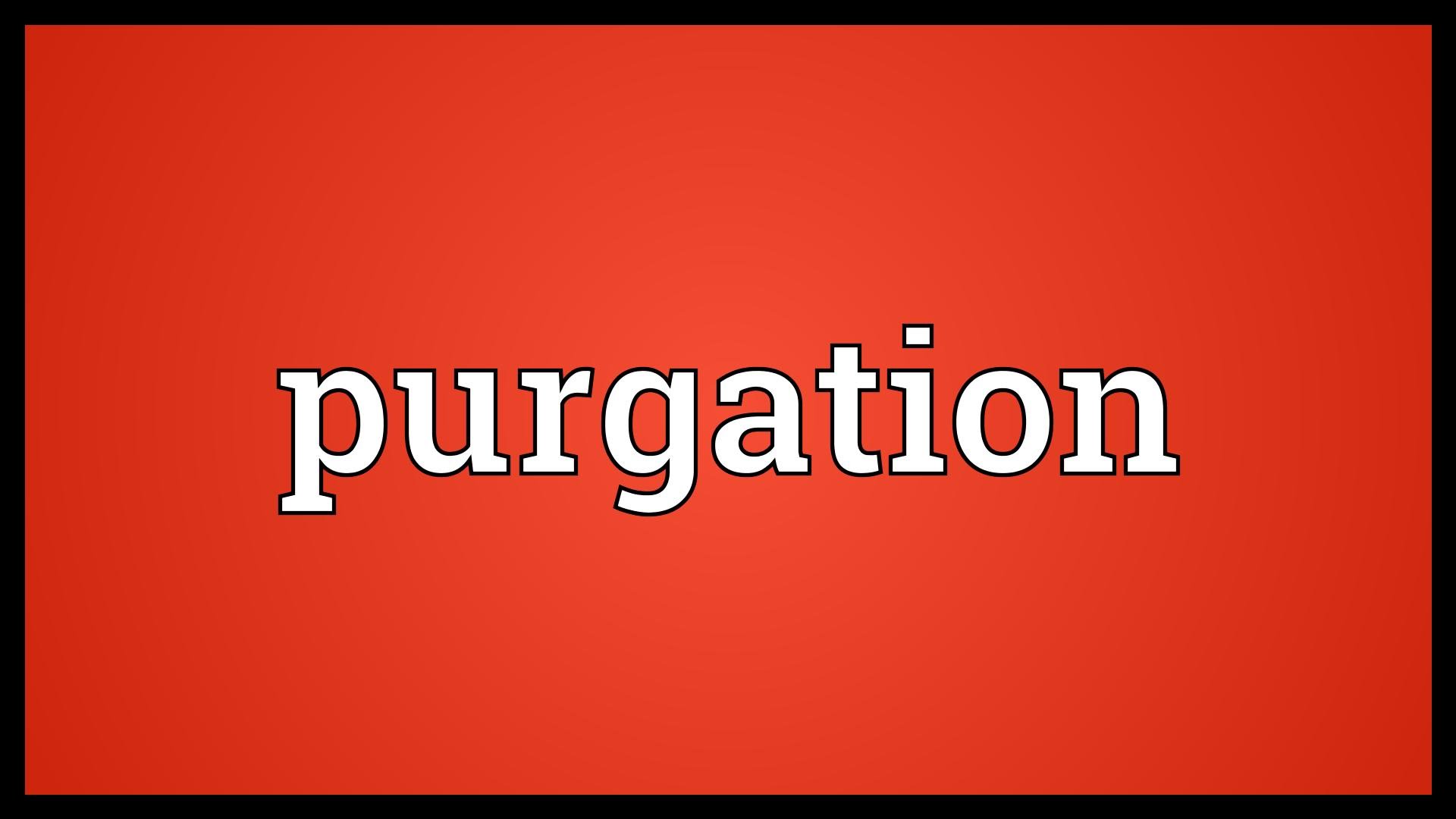 My second journey with death, the one that was precipitated by the birth of my second child, was drastically different from my first encounter with dying. If that initial meeting with death contained many experiences that felt like visiting Heaven, this journey closely resembled nightmares of Hell.  Illuminative Practices and the states of consciousness they touched upon were not often available to me.  Rather, I consistently felt mired in emotional, psychological, and physical pain that seemed to demand most of my awareness most of the time.

The grief I felt at the thought of leaving my newborn child and my toddler was at times unbearable, as were my newfound fears of the pain and discomfort to come.  I eventually received medical care that corrected my heart failure, and I slowly returned to life.  Still, the pain and anguish remained with me once my delayed treatment for congestive heart failure began.  Just as I had carried with me the experiences of my first death walk to be integrated into my life after recovery, I found myself holding all the debris of this encounter and longing to find some way to incorporate it into my world.

My physical, emotional, and energetic strength returned, and I eventually became able to perform all of the Illuminative practices I had worked with before.  I was once again capable of accessing the states of consciousness of peace and love.  However, I realized that that was not enough.  I knew that I needed to combine my Illuminative practices with other practices, ones that kept me in the present moment, fully focused on any pain and suffering I was experiencing.  Rather than escape the sensations through state shifts, I needed to learn to be present to and with whatever I was experiencing.  I needed to be right here.  I needed to learn to be with and in the suffering and to walk through it, to carry what I had been given to carry.

When we focus on Illuminative work and experiences, we have a tendency toward Spiritual Bypass.  We get so good at popping into different states, we rarely stay present to states that are uncomfortable.  We detach from our actual experiences in favor of more pleasant encounters.  Indeed, we may begin to deny that we have any experiences that are not those of joy, love, equanimity, and peace. 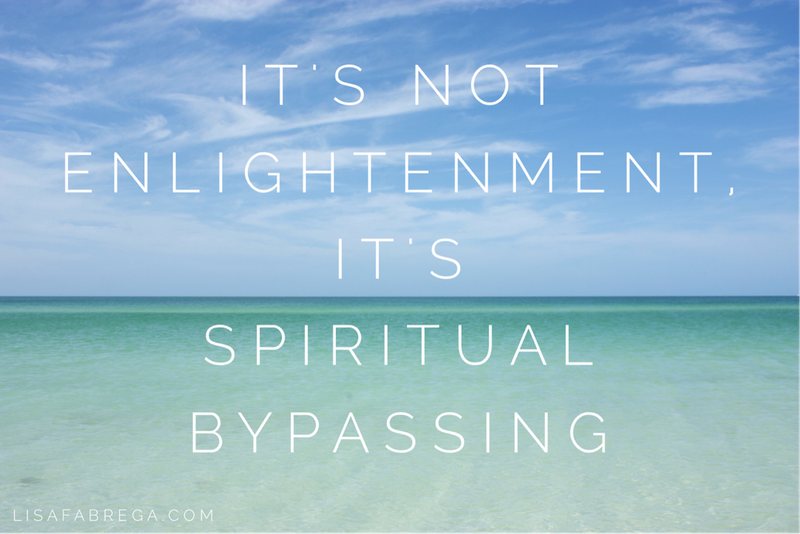 What Ken Wilber and so many other wise teachers have shown is that Illuminative work alone is never enough.  Without also learning to fully experience sensations, thoughts, and states that are challenging or distasteful, we are not living into the richness of our humanity.  The practices we use to help us with that work I call Purgative Practices.

Purgation involves the work of experiencing whatever turmoil and trauma may arise on the physical, spiritual, mental, and emotional planes of existence.  Purgative death work, then, relates to psychologically and spiritually coming to acceptance of our lives and deaths.  There are a multitude of Purgative Practices that are invaluable in the work of Conscious Death and Dying.  They include processes related to the forgiveness of self and others; working with our places of identification; encountering all the myriad emotional responses we have to death and dying; and healing our relationships with ourselves, others, the past, and the current situation in which we find ourselves. 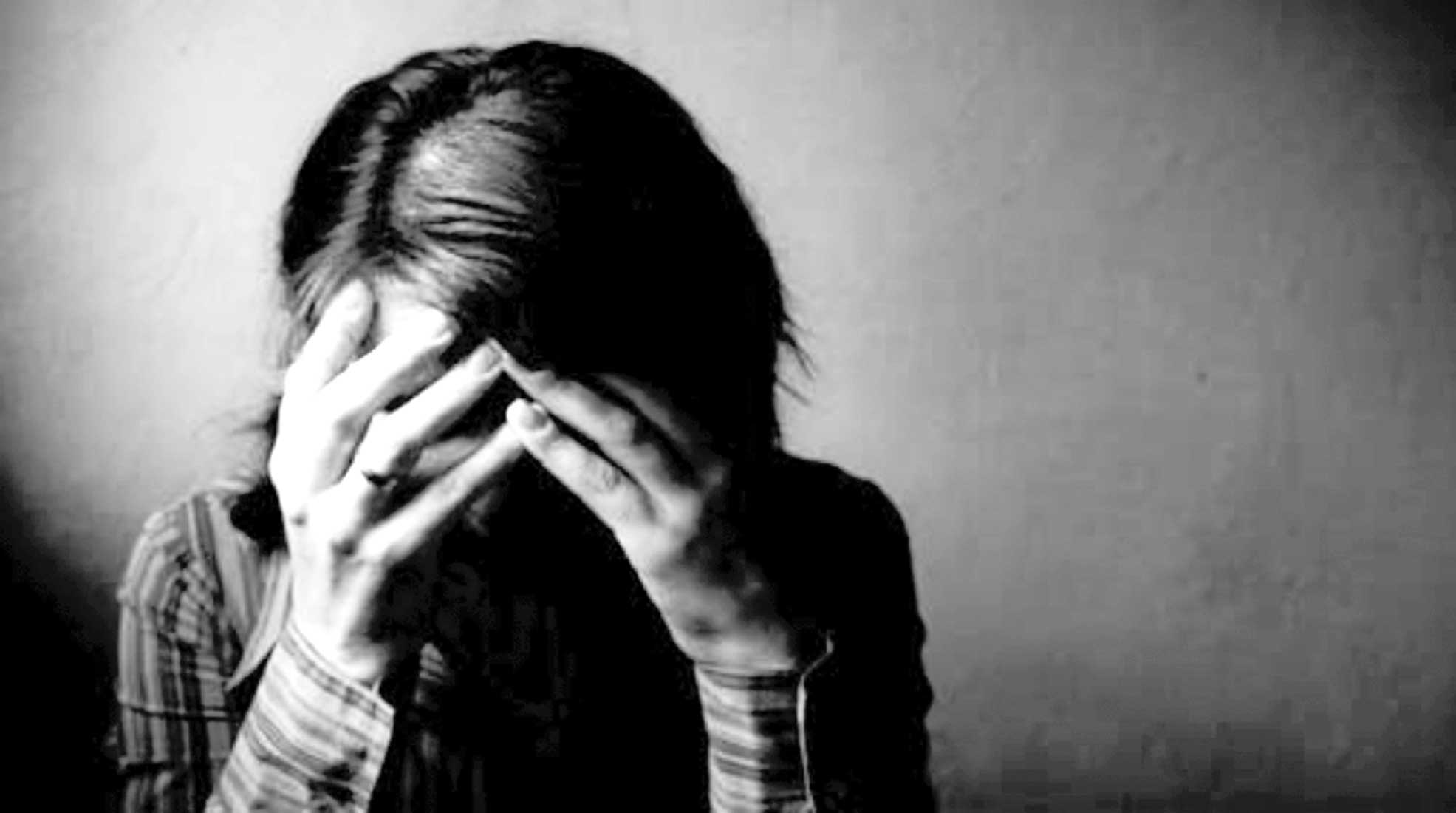 As I opened up to the purgative work of Conscious Death and Dying, I began to search for ways to comprehend and embrace my varying experiences with death. Struggling to understand the vast chasm between the two, I turned to literature for advice and inspiration.  And what I found was that many of the sources presented views of the dying process that were often quite dualistic, almost as diametrically opposed as Medieval Christian constructions of Heaven and Hell.   A level of judgment pervaded much of this information, which either implied or directly related some connection between the pain and suffering one encountered in the dying process to how much work had been done – spiritually, emotionally, or psychologically.

When the dying process was presented as a spectrum of potential experiences rather than as two opposite and non-intersecting possibilities, there still seemed to be a simplistic approach.  For the most part, the literature indicated that the anguish and pain were phases that dying persons passed through (encompassed by Kübler-Ross’ denial, anger, bargaining, and depression stages) on the way to arriving at a peaceful state (acceptance)  – as though peace were the prize at the end of a very long ordeal.   These models seemed to present the work of dying as all Purgative up until the eventual achievement of some Illuminative state. 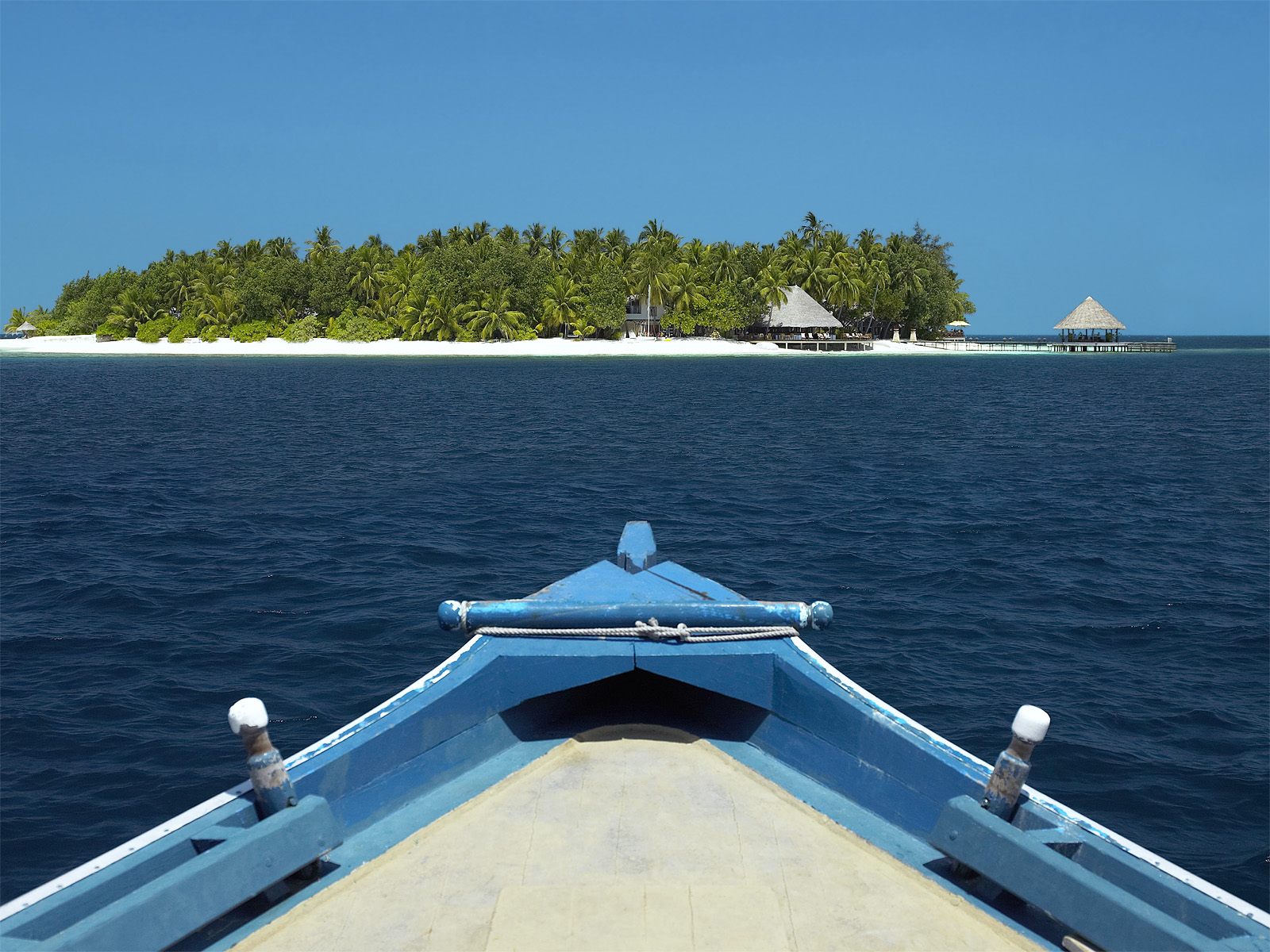 But this had not been my experience at all.  During both dying processes, there were Purgative movement as well as Illuminative state changes.  My first death journey included many more Illuminative experiences than did my second death journey.  But none of this was anything I could control.  The movements were just what was occurring.

What if, I began to wonder, we just experienced different aspects of dying and living at different times?  I began to conceptualize death as a vast, wild landscape.  Its features are varied, and every walk through it will be different.   So my first expedition into this wilderness contained more time in the peaceful portions of the landscape, while my second was greatly spent in the rough sections of this landscape. 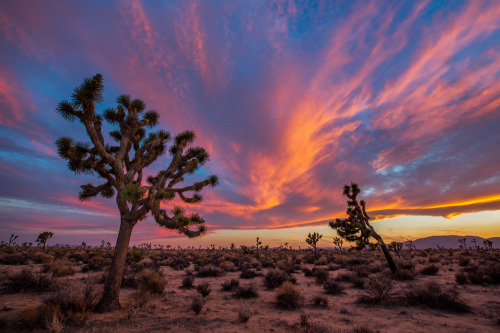 I had judged myself harshly for finding that I was in such fierce, wild, difficult pieces of the landscape.  I questioned what had happened – what I had done wrong – to lead me into these challenges when I thought I had attained a peaceful way of dying before.

What I came to know is that as humans we will continue to collect experiences, emotions, thoughts, and energetic debris throughout our living process – until our final breath.  So we cannot actually learn how to die peacefully or earn good deaths.  What we can do is to approach each moment of living and dying with openness to whatever it brings – be it Illuminative states that feel like bliss or the hard work of Purgation.

Eventually, I discovered a small spiritual community/self-help organization that attempted to place death at the center of much of its work; my longing for communion with others who worked closely with death led me to engage with this group enthusiastically.  Rooted in various shamanic practices, most of my companions were dedicated to considerations of the energetic components of spiritual work.  I apprenticed with a shamanic master who led me deep into explorations of shamanic ritual and healing. Through my connection with this community, I began to envision death as an angel, to see the Angel of Death as a friend whose constant presence reminds me not only of death but of life.  Visualizing death as an advisor helped me create this framework for dying for which I had been longing. 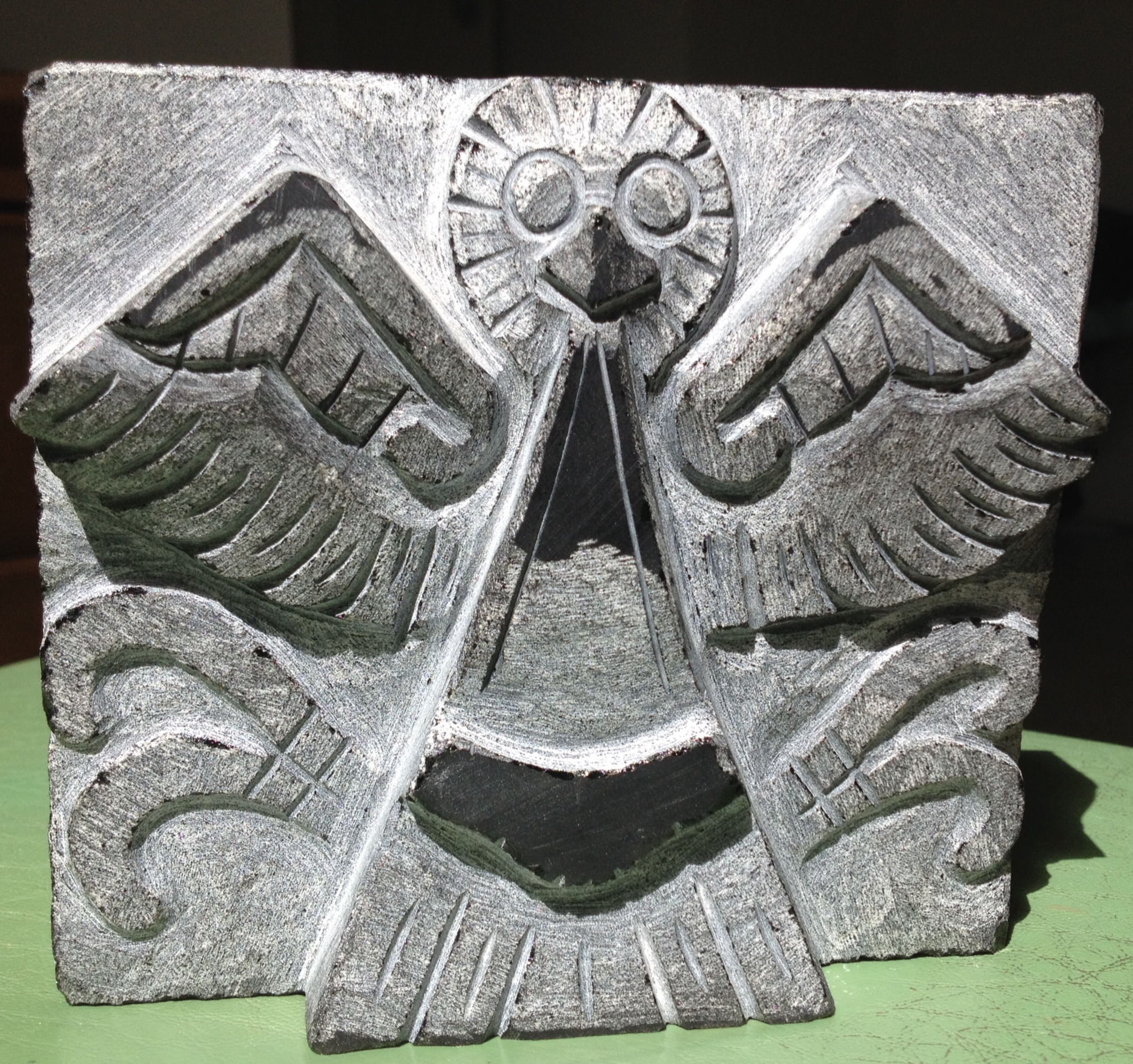 I used the Angel of Death to keep reminding me of the dying process.  Like medieval monks, who would walk up behind one another and whisper, “Memento mori,” (remember your death), I stimulated thoughts of dying throughout each of my days, no matter what physical state of health I was experiencing.  Others in my community also used the Angel of Death to remember their own eventual passing.  We created and participated in rituals that were geared toward our acceptance of death.

But what I witnessed over time was that there was often a lightness about these ceremonies.  People would be led through encounters with the Angel of Death, they would briefly touch upon the profound awareness that they would die, and then they would pronounce themselves “re-born.”  The belief seemed to be that dying throughout life could come on our terms and could restart the clock.  People soared into the rebirth stage of creating their new lives without whatever they had decided to kill.  In Christian terms, we were jumping to Resurrection without really experiencing Crucifixion or a Time of Waiting.

What we were missing, what so many similar superficial approaches to dying fail to see, is a focus on what is actually dying in the participants’ lives right now.

Each of the wisdom traditions pays great attention to this work of dying before we die, of losing ourselves, of releasing bits of wellness, identity, and ego throughout our lives – letting them go with gratitude and not allowing them to become reconstructed.   Indeed such movements are the basis of practices performed during Christian Lent as well as the Jewish High Holy Days, and Muslim Ramadan.  Devoting time to practicing Purgation at various points in the year (or in the day, even) provides a framework of acceptance for our eventual dying process.  Learning to release what is passing in every moment – with gratitude and grief and whatever else arises – is the work of Conscious Death and Dying. 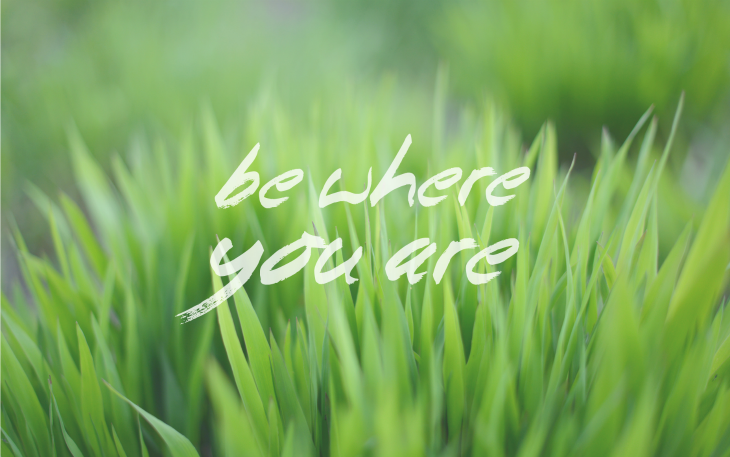 . . . keep coming back. . . we will add descriptions of these and other Purgative Practices soon. . .