It was a seemingly endless summer the year that I met death the first time.  Any stay-at-home parent with a young child has known the unique combination of lengthy days spent repeatedly feeding, holding, and changing that child and the feeling of time speeding by as clothes are outgrown overnight and new things are experienced at lightning speed.  Yes, the growing up period, the learning to live period, can make time seem to stand still.  So can the slowing down period, the learning to die period.  And my small family was experiencing both that year. 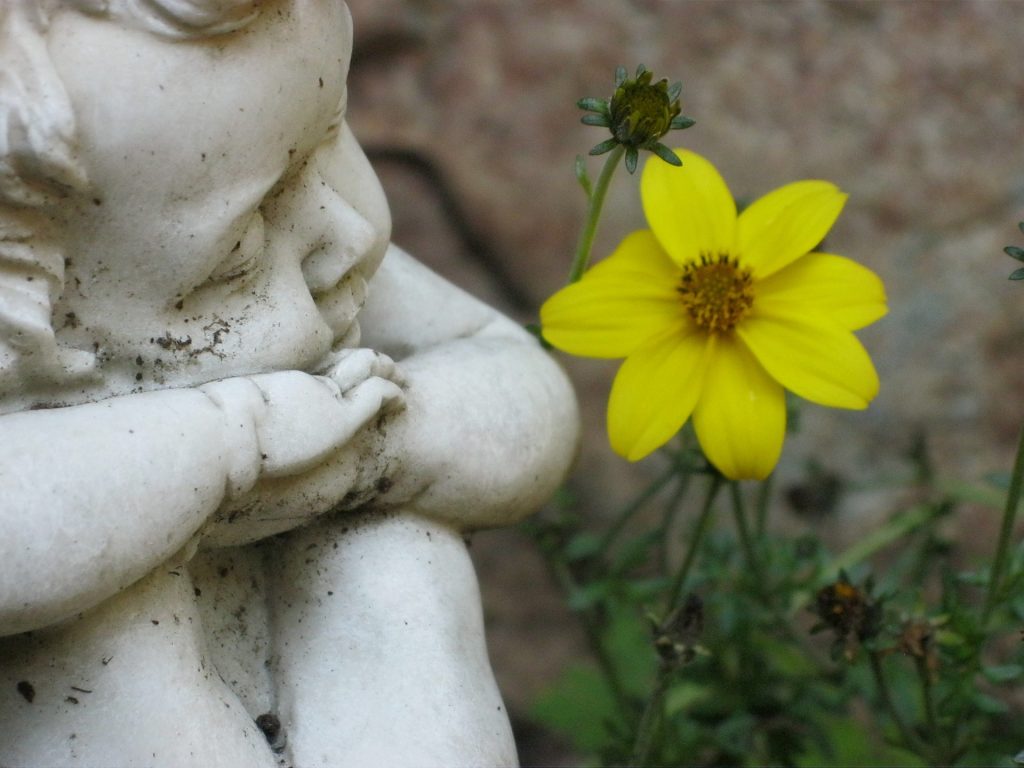 During the summer of 2000, I was dying – not dying some eventual day, in the way that each living being always is; my physical body was in the process of dying.  Initially diagnosed with Pulmonary Veno-Occlusive Disease, secondary to Fibrosing Mediastinitis, I found myself in a hospital bed in Rochester, Minnesota’s Mayo Clinic.  My heart and lungs were, quite simply, very quickly losing their functionality as the entire middle of my torso was becoming calcified. My physicians back home had exhausted their options for my care; not knowing what to do with me, they sent me to Mayo in hopes of a miracle.

I had no teachers, no gurus to help guide me through this new realm in which I found myself.  My experiences with death had been minimal and all very similar:  A childhood friend who died one night from meningitis after playing with my brother and me all day.  A high school superstar who fell asleep at the wheel of his car and left his peers in shock and confusion.  My beloved grandfather, who kept his illness a secret so that no one in our family would feel the need to care for him during his final days.  And, most recently, an uncle-in-law whose heart attack at a surprisingly young age devastated our entire extended family.

Each of these people had left my life quickly.  Their deaths did not feel at all similar to the process I found myself in that year.  From my vantage point, they were here, fully alive and filled with life, one moment, and then they were gone.  I did not watch as their bodies deteriorated.  I did not witness them releasing attachments to these beautiful lives they had created.

The only guidance I had received related to navigating terminal illness had come from the world of entertainment and the media.  Television programs dramatized the dying process.  Movies portrayed loving, peaceful deathbed good-byes.  Novels detailed dramatic family reunions just before the moment of death.  And countless news stories revealed intimate details concerning the deaths of people I would never know.

But how was I actually to do this?  How to leave behind everything I had known?  How to say goodbye to my son, who would never remember me?  How to leave my husband alone to raise him?  How to release this body, this mind, this being – this life?  And the most confounding question of all, the one that seems to trip up our incessantly active minds no matter what angle we approach it from:  how to use this me to come to some understanding of and acceptance of the end of this me?