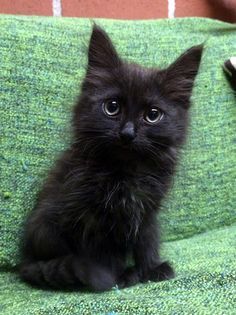 The first time I was dying, I found myself without any resources, with no one to teach me how to die . . . until I met a small kitten.

Days before we were scheduled to travel to Minnesota for what we hoped would be a miracle but perhaps believed would not, my husband and I found a sickly little kitten in our neighborhood.  This tiny ball of black matted fur was lying at the side of the road, too weak to make any sound or much movement.  “What should we do with it,” we wondered.

I felt strongly that we were meant to take this kitten in and learn from it about illness and death.  So we welcomed him to our home, and I named him Raphael Asklepios, after my two favorite healing beings.  We called him Rascal for short, hoping that he would soon be well enough to embody the liveliness of that nickname.  We took him to the vet for a check-up and immunizations and were told that he was fine but needed to gain strength and weight.  So he brought him home, and we held him, tried to feed him, and attempted to will strength and life back into his tiny body.

All the while, as I spent hours just holding this sweet little being, singing to him and loving him, my mind was creating plans in the form of hopes for his future.  I so desired for this small being to become stronger and to live out a long cat life, as cats are “supposed to do.”   I was creating a beautiful story of his healing; in this story, his gaining strength and return to health would prefigure my own.  He would teach me how to become well.

But underneath all that story-writing and hoping and expecting, I knew that this fantasy of mine was at odds with what was actually happening.  Even though there was nothing we could see that was physically wrong with this kitten, even though the veterinarian had told us that he would be fine, I became very aware that he was going to die.

Once I acknowledged to myself what was happening, I spent a bit of time disappointed in life not meeting my expectations, a bit of time mourning the loss of a dream I had created that very day.  I felt I had been guided to open to the lessons of illness and dying that this being could offer, so why was I trying to script those lessons in the way I wanted them to manifest?  Why was I not opening to the beauty and wisdom available to me in this very moment?

I then brought myself back to the moment – to the truth of what was happening rather than the dream of what I wanted to happen – and I allowed myself to really be with this being during his death.

His passing was so peaceful and beautiful and showed me that the transition between life and death did not have to be scary or dramatic.  One moment, life was moving through his body; the next, it no longer was.

Rascal taught me so much in the short amount of time we spent together.  He taught me that it really is the easiest thing in the world to die when our bodies are undergoing this transition.  He showed me how to walk this most natural of paths.  And he gave me the opportunity to become fully present with another being, even through that being’s death . . . and eventually to become fully present with myself, even through my own dying.

Most importantly, he opened up a new world to me.  He showed me that death can take all forms and invited me to open to its teachings no matter what shape they take.