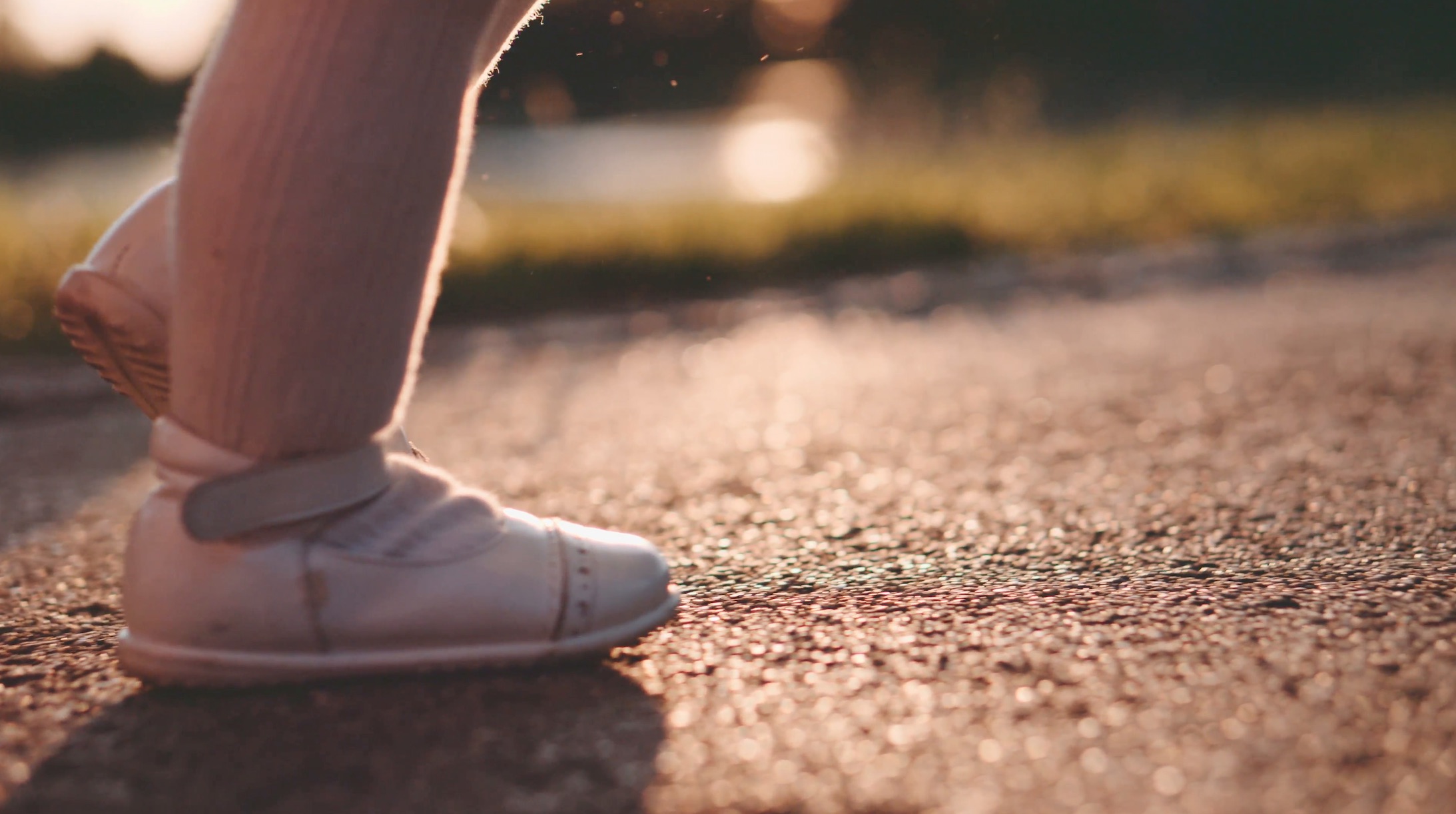 The sun beamed down on my head and shoulders as I stood at the edge of the college campus, watching my son walk away from me.  I had been there for his move-in and for all the parent and family activities; he was busy with meetings and social engagements and settling into his new home.  It was time for me to leave.

He ambled slowly down the sidewalk, his lanky legs in no hurry to get anywhere.  And as I gazed at his gait, I was suddenly transported to another August day, seventeen years ago.  At that moment, I was also watching him walk, but the steps he was taking were not as steady or sure.

He had been practicing for those – his first — steps for months, scooting then crawling then pulling himself up to standing.  And for several weeks, he had been using my IV pole as a makeshift crutch.  He and I would take laps around the heart ward of the hospital, both of us clutching the pole to steady ourselves.  His steps were becoming more and more steady; mine were not.

Then one morning, as we sat in a lounge at the end of the cardiac unit’s hallway, he let go of the pole and took his first unaided steps – directly toward me.   I had not expected to be witness to these, his first steps.  And certainly I had not dared to hope that I would see all the steps that have followed.  I spent many nights tormented with worry about my death leaving this child motherless.  But as I watched him stumble to me that day in the hospital, I was comforted.  I knew that with me or without me this little boy would continue to grow and learn and experience new things.

There have been many hospital corridors since that day and many IV poles.  And countless times when my steps have been unsteady and I have grabbed onto his strong arm for support and balance.  There have been so many steps – some of them toward me, but most of them away from me.  And that is exactly what I wish for as a parent – for my children to feel confident enough to stroll off into their futures, knowing that they are supported and loved.

My college freshman eventually turned back to give me a little wave, and I saw the same excitement that filled his eyes when he took those wobbly first steps toward me in the hospital.