Is this Our Last Conversation?

Home / Uncategorized / Is this Our Last Conversation?

Is this Our Last Conversation? 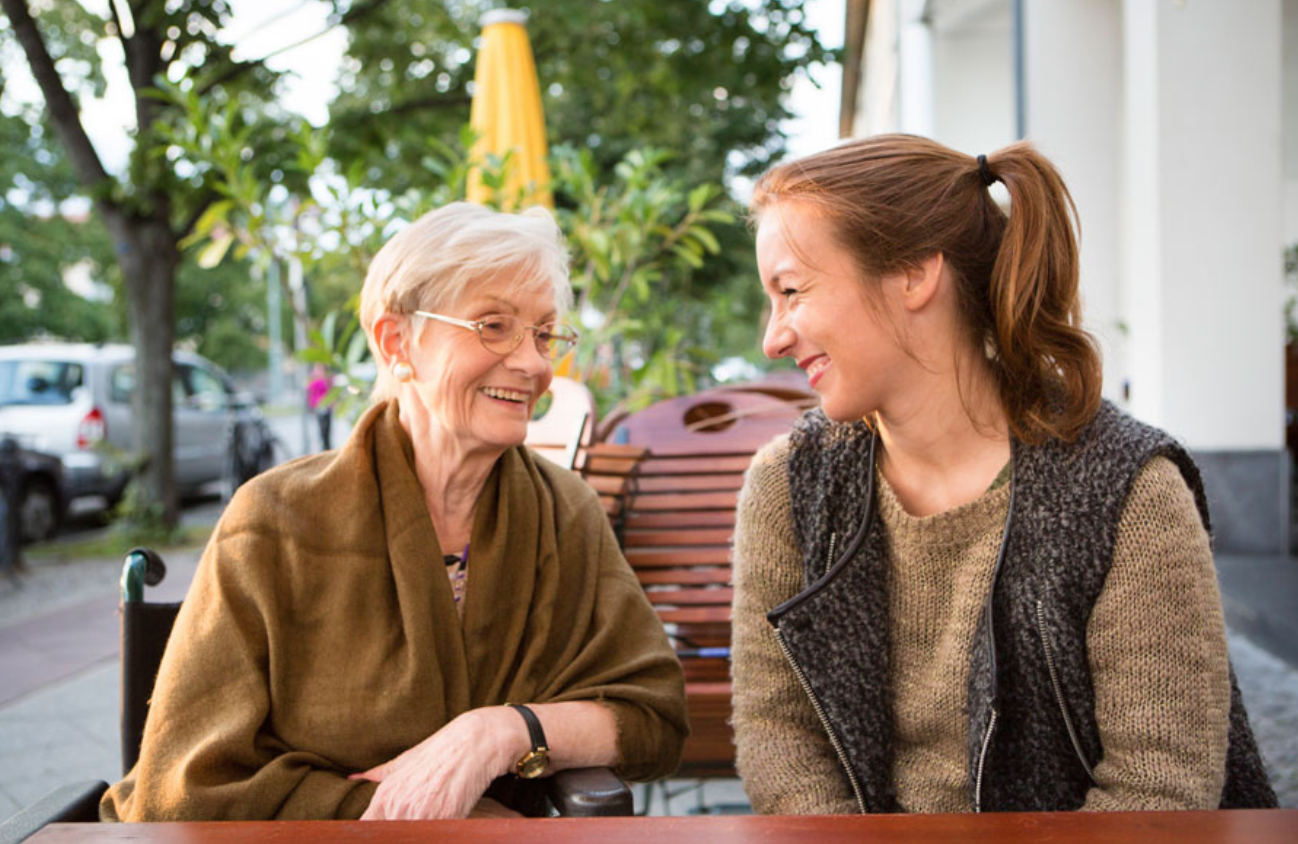 I visited her sun-dappled living room every Tuesday afternoon.  Each time, I nestled into the same spot on her beige leather couch, legs curled up beneath me, and she wheeled her chair opposite me so that we could clearly look into each other’s eyes.

We talked about the crises of our contemporary world; we talked about puppies and kittens.  She recounted stories of her childhood on a faraway farm and of her great-grandchildren being birthed and growing into toddlerhood.   Time after time, I listened as the wisdom she shared was carved into my heart to be resurrected each time I needed to remember what is true to me about marriage and family and love.

During the first weeks of our relationship, her voice always sounded clear.  Gradually, she developed her “frog”. “Amy,” she told me, “This comes once or twice a day, but I can always clear it”; and she did.

One Tuesday, though, the frog would not clear.  I arrived and asked, “How are you feeling today?”  She hesistated and said, “I hate to say this, but not very good.  I just cannot get rid of this frog.” Our talk that day was filled with long silences as she struggled to communicate.  Several times, she grew frustrated at her inability to share something significant. And as I left, she said, “I hope next week I’ll be rid of this frog.”

Driving home, I wondered if that had been our last conversation.  Her disease was killing the motor neurons that controlled the muscles used to move different parts of her body — including her throat and mouth.  It takes a different course in each individual but usually includes robbing them of their capacity to speak.

I felt words arise from somewhere deep inside me and escape through my own tightening throat; I said aloud to the empty car, “I may only hear her voice again in my memory.”  That seemed unlikely, because her decline had not been rapid thus far. Surely we would talk again the following week, even if her words were fewer and our shared silences longer.

That was not what happened.  When I arrived the next Tuesday, she was in bed, slipping into the active stages of death.

That had, indeed, been our last conversation.

Countless deathbed scenes in popular media depict beautiful goodbyes spoken in voices soft but clear.  Those involved are acutely aware that this is their last time speaking together. The conversation is poignant and filled with loved.

Sometimes that happens at real deathbed scenes, but frequently it does not.

Some terminally ill patients are able to speak until the end of their lives; most, however, slip into states where words are not possible nor perhaps desired.

So we really never are truly aware of our last conversation except in retrospect.  This is not just true in the case of terminal illness. Our final words to someone — before the tragic accident, before the routine surgical procedure from which one never wakes, before a wounding or betrayal that leaves a beloved unable to talk to us again — are mostly only recognized in retrospect.

Would it change our discourse if we knew this was the final talk we would ever share with a particular individual?  I am certain that it would, but I wish that were not the case.

What if we treated every conversation as if it were our last?  Would we speak more thoughtfully? More kindly? Would we listen more carefully?

How would we talk if this were our last time talking?